Skip to content
Hit enter to search or esc to close
Home / Travel / Cebu Travel Guide: Top Places to Visit in the City

WELCOME TO MY CEBU TRAVEL GUIDE! This travel guide will guide you to the top places that you can visit around the city.

Located in the Central Visayas region, Cebu is definitely one of the most popular destinations among local and foreign tourists. Known as the Queen City of the South, Cebu Island boasts a vast array of white-sand beaches, the undeniable existence of majestic waterfalls, delicious local food and delicacies, heritage sites and museums, and some traditional events.

Places to visit in Cebu

Located in Busay City, Sirao Flower Garden is one of the most famous tourist spots in Cebu. It is an hour away from the city. Known as the Little Amsterdam, it shows off different kinds of flowers and beautiful scenery from above. It is a flower garden where flowers bloom in different colors.

I couldn’t agree more. Sirao Flower Garden an instagrammble spot to visit when in Cebu.

Temple of Leah is known as “Cebu’s Taj Mahal”. It is a shrine built to hold the memory ad treasures of the late wife of Teodorico Soriano Adarna, named Leah Albino-Adarna. They are Ellen Adarna’s grandparents. (Ellen Adarna is a popular actress in the Philippines)

Constructed in 2012 and inspired by ancient Roman architecture, the Temple of Leah is a shrine to show Teodoro’s never-ending love for his late wife. He wants to show the world how much he loves his wife. Later on, it has become a popular attraction spot in Cebu among local and foreign tourists. Despite the ongoing construction at Temple of Leah.

Basilica del Sto. Niño or also known as Santo Niño Basilica is the oldest Roman Catholic church in the Philippines. Located in the city of Cebu, it is also one of the places to see here.

Declared by Pope Paul VI, Basilica del Sto. Niño is the symbol of the growth of Christianity in the Philippines.”

Magellan’s Cross is one of the picturesque spots in Cebu city. It can be found in a small chapel next to Santo Niño Basilica.

In order to see Magellan’s cross, you need to enter an octagon-shaped small chapel. As you enter, you can see the huge cross built in the middle of its house. There are colorful candles piled on the base of the cross. Some locals will probably ask you to buy some candles from then. Then, they would dance beside while they wave the candle and pray for you. This kind of rite is kind of similar to dance during the Sinulog Festival.

Best place to stay when in Mactan, Cebu?

La Vie in the Sky

It has an overlooking city view. In addition, every spot in the restaurant is Insta-worthy. It is possible to take good pictures everywhere. More to that, it is one of the best places to be for night dates with your loved ones.

Sadly, we didn’t really have much time left so we visited the restaurant in the afternoon.

Operating Hours
7 AM to 2 AM daily
(Mondays to Sundays)

The Heritage of Cebu Monument

The Heritage of Cebu Monument depicts the history of Cebu. This monument consists of a tableau of sculptures showing scenes about events happened in the past. Moreover, the monument stands a symbol of the old Cebu during the Spanish era.

The monument was started building in 1997 and was finished in the year 2000.

Taoist Temple is a temple built for Taoist devotees. Located in Beverly Hills Subdivision in Cebu City, the Taoist temple is open to the public. Whether you are a devotee or not, you can look around the temple. But you have to observe silence since this is obviously a sacred area.

The place is so serene. It is pretty chill in the area as well. Also, it offers a scenic view of downtown Cebu.

The Cebu Metropolitan Cathedral is just across Santo Niño Basilica. You may also want to drop by at this church.

This is where you can buy different kinds of Cebu’s delicacies such as dried fish (danggit), dried mangoes, otap, etc.

These are just some of the places that we visited within the city of Cebu. There is so much more to see in the city. If you want to explore more of the city, staying for 5 days would be better. In our case, we only had 2 days to roam around the city.

If you are planning to go to North Cebu as well, here’s my travel guide to Bantayan Island!

The island itself showcases its own natural beauty and wonder. No wonder Cebu is one of the top destinations in the Philippines.

Is Cebu Island part of your bucket list? I hope this Cebu travel guide helps!

Tags: cebu travel guide sample itinerary in cebu top places to visit in cebu what to do in cebu where to go in cebu 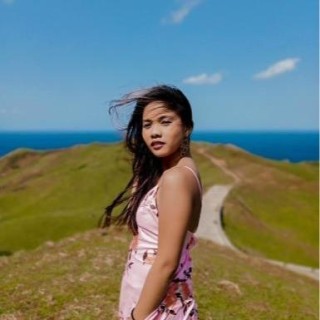